It's an Ottawa weekend for H+H. 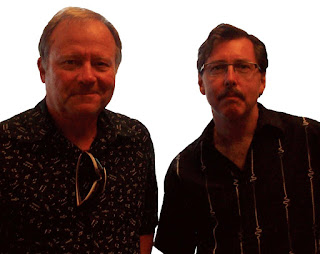 Saturday night,
it's a return to the Westboro Legion.
Both nights are 7-11.
Posted by Tim Hallman at 09:29 No comments: 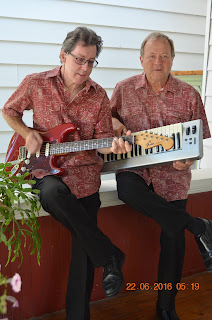 On October 22 Spare Change, with Tim Terry Doug Gravelle will be at Gananoque Legion.
It is listed on the Jammin' website as 7:30, but I believe we will start earlier - at 6pm.
We are on the 'bar' side.
(Unlike most bands) Although we could do straight Irish, Octoberfest, Country, Singalong, Gospel
We will do pretty straight 50's and 60's.
Come out and hear the edgy sound of 'Spare Change'.
Expect some Tim Hallman original songs
(which sound like 50's + 60's.)

The eastern world, it is explodingViolence flarin', bullets loadin'
You're old enough to kill, but not for votin'
You don't believe in war,but what's that gun you're totin'
And even the Jordan River has bodies floatin'
CH But you tell meOver and over and over again, my friend
Ah, you don't believe
We're on the eve of destruction.
D...D...G...A...2 Don't you understand what I'm tryin' to say
Can't you feel the fears I'm feelin' today?If the button is pushed, there's no runnin' away
There'll be no one to save, with the world in a grave
[Take a look around ya boy,  it's bound to scare ya boy
C H D...D...G...A... D...D....
3 My blood's so mad, feels like coagulatin'
I'm sitting here just contemplatin'
I can't twist the truth, it knows no regulation.
Handful of senators don't pass legislation
And marches alone can't bring integration
When human respect is disintegratin'
This whole crazy world is just too frustratin' CHD...D...G...A... D...D...4 Think of all the hate there is in Red China
Then take a look around to Selma, AlabamaYou may leave here for 4 days in space
But when you return, it's the same old place
The poundin' of the drums, the pride and disgrace
You can bury your dead, but don't leave a trace
Hate your next-door neighbour,